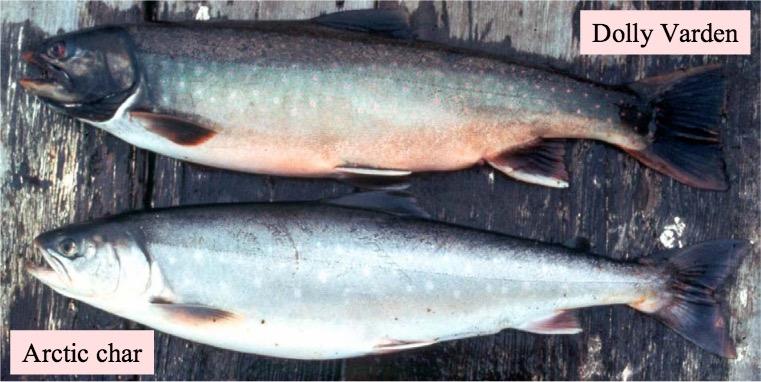 How to Tell the Difference

Each year our guests find themselves knee deep in some of the best trout and Dolly Varden fishing that they have ever experienced. During this fish fest, inevitably one question always comes up. “Is this fish a Dolly or a Char?”

Quite possibly one of the most common misconceptions among Alaskan anglers, telling the difference between an Arctic Char and Dolly Varden can be difficult. They look very similar, share many of the same characteristics and geographical regions, and at times, even the same watersheds. With this in mind, we present a few key points from a scientific guide published by the Alaska Department of Fish & Game which will point out the differences and help distinguish which species is in your hands.

Arctic Char: In northern Alaska, all known populations of Arctic Char are lake residents (meaning they spend their entire lives in lakes).  Anadromous Arctic Char in most other areas feed at sea, but spawn and overwinter in freshwater lakes.

Dolly Varden: Dolly Varden are a Pacific basin species. In northern Alaska they occur in lake resident, stream resident, and anadromous populations. Their distribution includes the entire coastline and most of the rivers in western Alaska and across the North Slope to and including, the Mackenzie River. 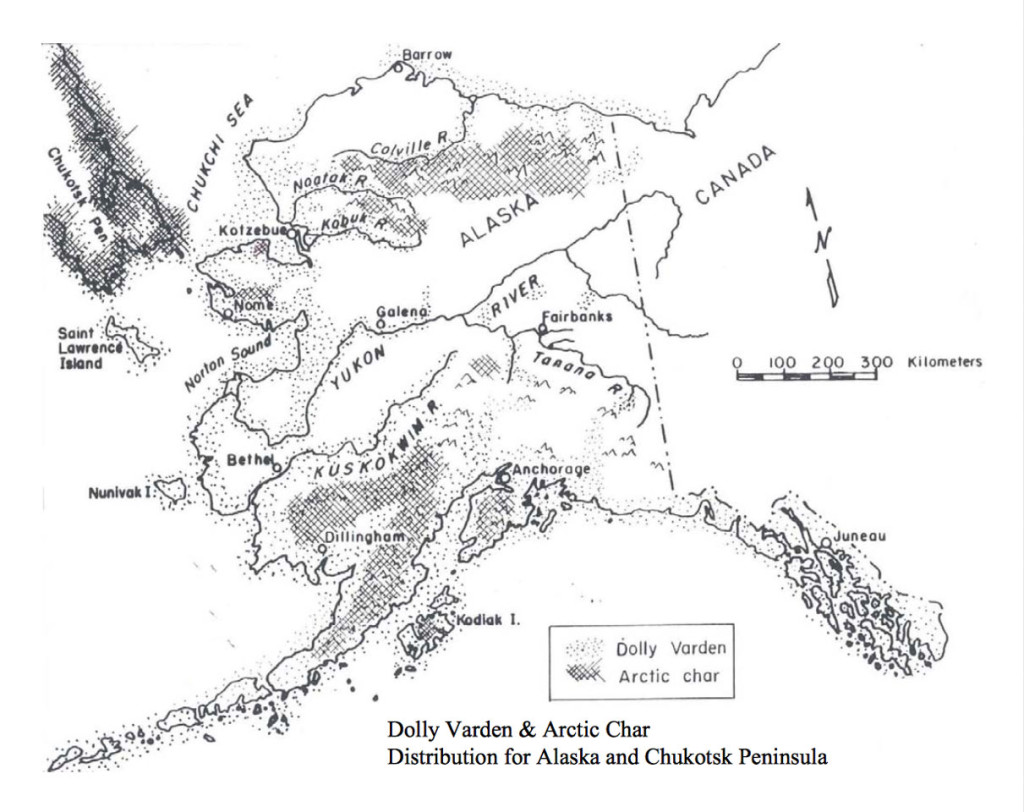 Artic Char will typically have larger spots on their sides, have a deeply forked tail, and have lighter spawning coloration. Spawning colors are more yellow, orange, or gold, and very rarely will you ever see red.

Dolly Varden will typically have smaller spots than char, have a tail that is only slightly forked, and spawning colors are deep red or pink in the abdomen with bright red spots. 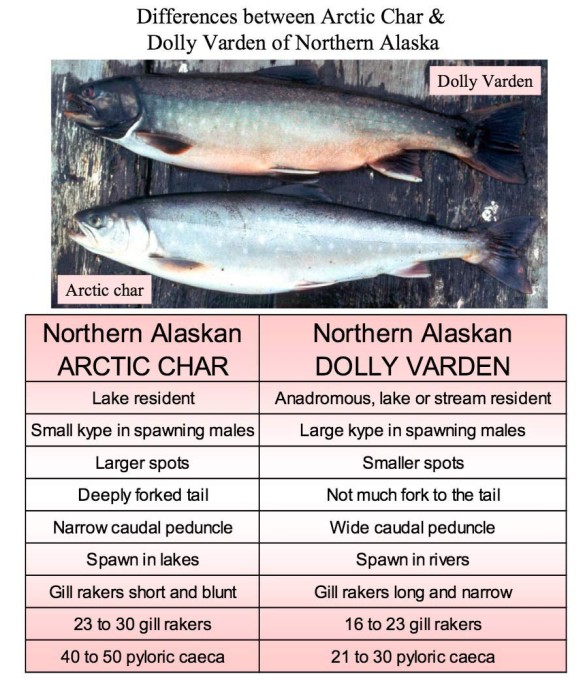